Behavior analysts are interested in behaviors which are observable and measurable. Voluntary behavior, or what is known as Operant Behavior, is of particular interest to behavior analysts. This is the kind of behavior that we are primarily concerned with when it comes to helping children with autism as it is the type of behavior that can be influenced or learned as a consequence of environmental events. We can manipulate a person’s learning of operant or voluntary behaviors by manipulating environmental events. For example, parents often reward their children for cleaning up their room (an attempt to reinforce the behavior). Cleaning a room is a voluntary behavior and by rewarding such voluntary behavior, the parent has set up the environment to increase the likelihood that their child will clean up the room again to get rewarded again. For the purposes of this post, we will use the terms reward and reinforce interchangeably, though reinforce is the correct term.

The second type of behavior is involuntary behavior, or a reflex. Technically, it is referred to as a Respondent Behavior (as opposed to an operant behavior). Reflexes are automatic behaviors that are physiological and not usually influenced by consequences. You as a person have little or no control in the behavior occurring. This includes behaviors such as a sneeze, becoming startled when something jumps out at you, or blinking. Since reflexive behavior is automatic and cannot be changed by environmental events or consequences, this type of behavior is rarely the focus of an ABA program.

Using Language in a Clear Way for Children with Autism

How is Applied Behavior Analysis Different From Psychology? 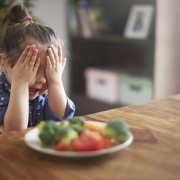 Why do you teach action labels to individuals with autism?