In the first Journal of Applied Behavior Analysis article in 1968, Baer and colleagues described six dimensions of behavior analysis. To facilitate your understanding of this seminal article, we suggest that you substitute the word “characteristic” for the word “dimension.” We will do so for you in the following description. The six characteristics are; 1) that it is Applied; 2) that it is Behavioral; 3) that it is Analytical; 4) that it is Technological; 5) that it is Conceptually Systematic and Effective; and 6) that it has Generality. The reason why these six dimensions identified almost 40 years ago still pertain to this day has to do with their importance in the effectiveness of an ABA program when it comes to the treatment of children with autism. We will discuss each dimension briefly; however, for more in-depth analysis of these dimensions, I recommend you reviewing the article mentioned previously. It is available online at the Journal of Applied Behavior Analysis (JABA) for free.

Some of the implications of the article were to distinguish ABA from laboratory research and also from other fields that worked with behavior (e.g., psychology). There is nothing wrong with laboratory research. In fact, it has supplied us with a lot of the principles, laws, and techniques we use in ABA today. However, ABA was a relatively new applied science and setting the foundations was very important.

Let’s take a look at each of the dimensions in greater detail. The first dimension mentioned by the authors was that of behavior analysis being Applied. Everything that is typically studied in the research and/or addressed by change procedures in applied behavior analysis is studied because of its potential social significance in society rather than for the means of theory alone. If what’s being studied doesn’t have any social importance (i.e., it is not important to the majority of people), behavior analysts typically do not see it as important. This has direct implications on the implementation of the research being conducted in ABA as the research findings can be used in everyday settings to help people in socially significant and important ways. This also has relevance to individuals with autism. It is apparent that society values the use of applied behavior analysis to teach individuals with autism to communicate or to reduce self-injurious behavior for example. Without social significance, or intent to actually apply to the every-day world what’s being researched, everything a person could find out in a research study would contribute to theory, but would not immediately impact society. Research conducted in this manner would add to our scientific knowledge but not improve our everyday lives. The same applies to intervention. So, application in socially significant ways is the first dimension of ABA.

Second, the authors described one of the dimensions as being Behavioral. Unlike some forms of psychology and education which might rely on people’s personal accounts and other indirect representations of behavior, ABA is concerned with direct measures of actual behavior. Behavior, of course, is composed of physical, observable events. In other words, ABA is concerned with facts and actual occurrences of behavior, things that can be observed and measured. It’s pragmatic in that it is guided by practical experience and observation rather than theory. With intervention programs for individuals with autism, teams are focused on observing behavior—teaching behavior and not so much with that individuals inferred thoughts are.

Next is the suggestion that ABA is Analytical. What does this mean? Well according to the authors of the article, in order for results of any experiment to be credible, a researcher or the person actually conducting the experiment has to show that somehow the variables used or manipulated in the study actually controlled the behavior that they were looking at to the greatest extent possible (e.g., antecedent and consequence stimuli). In other words, the experimenters must show that by changing one or more aspects in a person’s environment a change in behavior occurred, and by returning those variables back to what they were before the experiment, you can stop the behavior from happening (this is sometimes referred to as experimental control or is referred to as the process of establishing a functional relationship). In an intervention program for children with autism, Analytical would refer to the fact that the individual performs behaviors when asked to do so (e.g., “touch the blue card” and the individual touches the blue card) and that the function of behaviors is analyzed (Baer does not explicitly state this in the article and this article pre-dates the concept of the behavioral function, but he is describing the foundations of the concept of behavioral function intentionally or not when he says ….”a believable demonstration of the events that can be responsible for the occurrence or non-occurrence of that behavior (p 94)”). So applied behavior analysis is Analytical.

The fourth dimension described by Baer and his colleagues pertains to the dimension of ABA being Technological. This simply means that the procedures used in ABA have to be thoroughly identified and described so that someone who has no familiarity with the procedures can read the description and know exactly what behavior to look for and how to implement the techniques needed. This is an important concept in ABA programs for individuals with autism. Operational definitions are used. The information is written clearly, objectively, and in a way in which it’s easily understandable for people involved. This concept is consistent with good practices in science and scientific practice in other fields.

Next, we have the dimension referred to as Conceptual. In the field of behavior analysis, it is important that any analysis conducted on changing behavior in socially significant ways can be related back to the basic principles of behavior.  When describing any teaching procedure with an individual with autism, it is important to describe the procedure in enough detail for others to follow (Technological), but to also tie that procedure back to the underlying concept or principle (e.g., forward chaining procedure). This provides others with two bits of information to assist them to recreate what you have done (i.e., the technical and the conceptual). Results of any analysis or any experiment can be and should be applicable to the basic principles of behavior analysis.

The fifth characteristic of ABA is Effectiveness. This notion of effectiveness means that the changes that were brought about by the ABA techniques must be significant enough to be of practical value and seen as helpful or significant to the people being helped (a conceptual precursor to social validity and the introduction of the concept of effect size in ABA). In addition, the change in behavior must be large enough to make a difference in an individual’s life (e.g., increasing attending to the classroom teacher during instruction time from 1-2 seconds to 3-5 minutes rather than increasing attending to the classroom teacher from 1-2 seconds to 4-5 seconds). The qualification of social importance can be determined by the child, the parents, the student, the teacher, and so on (and all should have a say in determining this). If the changing behavior isn’t seen as significant (i.e., meaningful) to the people you are trying to help, then all your efforts are wasted.

Lastly, Baer and colleagues looked at the dimension of Generality. Simply put, generality refers to changes that have been produced by behavioral techniques and the necessity that these changes should be durable over time, observable in a wide variety of environments, or spread to a wide variety of related behaviors.  All of us that work with individuals with autism know very well the importance of generalization of skills.

How to Teach Children with Autism How to Play Independently 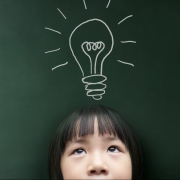 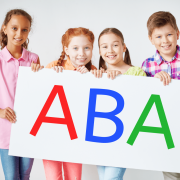 What is Applied Behavior Analysis (ABA)? An elaboration

Does Research Show that ABA is Successful in Treating Children with Autism?

Individualization in the Treatment of Children with Autism

How Does Senate Bill 946 Affect Individuals with Autism in California?

Does Research Show that ABA is Successful in Treating Children with Autism?
Scroll to top