Yes—research does show that ABA is successful in treating children living with autism. As a matter of fact, since the early 1960s, the effectiveness of ABA based interventions has been very well documented particularly when helping children with developmental disabilities. Over 400 research articles were published between 1964 and 1970 alone and all have concluded that behavior analytic interventions demonstrated the most consistent results with individuals living with developmental disabilities. From the mid ‘80’s to 2010, there were over 500 peer-reviewed, published articles on autism and Applied Behavior Analysis.

Many families of children with autism are or are becoming familiar with the 1987 study published by Lovaas. That 1987 study was the first “group study” looking at children with autism receiving intensive ABA treatment (i.e., 40 hours per week) and children with autism that received 10 hours of ABA treatment or none at all.  In this famous study, Lovaas and his research team implemented many of the basic principles and techniques of behavior analysis into an early intensive intervention program for children with autism. After approximately two years of ABA based interventions, 47% of the children in his study made tremendous gains and were able to enter a typical first grade classroom without any additional assistance and scored in the average range in IQ tests when prior to the intervention these same children scored in the low range in IQ tests. Of the control groups, the children in the study that did not receive ABA interventions but only community supports, only one child was placed in a first-grade placement and scored average IQ.

While this study is over 30 years old, there are recent replications and research studies that indicate similar findings. While it’s beyond the scope of this post to go into all the research studies indicating the effectiveness of ABA programs for children with autism, ABA currently is widely recognized as a safe and effective treatment for autism.  It has been endorsed by a number of state and federal agencies, including the US Surgeon General and the New York State Department of Health. And for that reason, the use of ABA principles and techniques has rapidly expanded in recent years as more studies demonstrate that these principles help individuals with autism live more independent and more productive lives.

Can Autism Spectrum Disorders Get Worse? 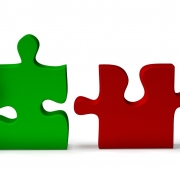 Individualization in the Treatment of Children with Autism

Why Is Following Through Important When Giving Instructions

What is Applied Behavior Analysis?

How Does Senate Bill 946 Affect Individuals with Autism in California?